Science has always sought to change the way people´s brains work, but until recently it has not been very effective. There are thousands of different approaches to trying to alter damaging behavior patterns in human, but until recent developments in … Continue reading →

Science has always sought to change the way people´s brains work, but until recently it has not been very effective. There are thousands of different approaches to trying to alter damaging behavior patterns in human, but until recent developments in 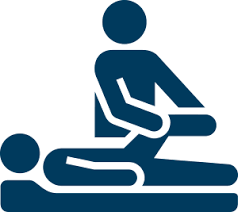 neurotherapy, the efforts have been fruitless. Today, doctors and scientists across the world are combining neurological and behavioral studies in order to try and change the way people think and act. Clinics such as, www.thecni.org, have been spreading the news of all the new developments that have been made, and more and more people are joining the cause to use neurotherapy in order to make people´s lives better. Below we will look at where neurotherapy is heading in the future, and some of the most important changes that it may have on humans in the coming years.

Neurological therapy is being used with speech therapy in order to help people with serious speech problems. When doctors perform neurological therapy they monitor the way a person´s brain reacts when the person is exposed to different tasks. Having people with sever speech problems read special writings while doctors monitor their brain waves is what allows the doctors to pinpoint the specific problems each patient is facing. Doctors use the information to create maps of the patient´s brain which can then lead to a better understanding of how to help the patient. So far, significant progress has been made with many individuals with speech issues which were not treatable using other methods.

Neurological therapy is also going to be very crucial in the future because it promises to provide effective treatment to people with behavioral issues. There are currently a large number of studies taking place in federal prisons with some of the most violent criminals in the country. The studies use neurological therapy to try and better determine why some people lack empathy for others, or why people react violently in certain situations. The majority of scientists now believe that in the future it will be possible to use maps of the brains of criminals in order to alter their thinking patterns and rid them of violent impulses. Of course, the utopian idea of a society without violence, reached by science, is still a long way off, but our grandchildren might live to see a world without crime if the science is successful.

Finally, neurological therapy will be the number one tool for treating people who have suffered brain injuries. Operating on the human brain is no longer as dangerous as it once was, yet it remains difficult because of the fact that it is very hard for doctors to know exactly which areas of the brain have been damaged. Neurological mapping will allow doctors to see exactly how the normal function of the human brain has been damaged in an injury, thus allowing them to operate on the exact area which needs to be repaired. It may very well be possible for scientist to find ways to fix brain injuries which cause people to lose the ability to walk. Only time will tell how neurological therapy will advance medicine.